The Jewel in California’s Crown

With the ecological importance of Coyote Valley being recognized by many organizations both local and nationwide there is an $80 million plan in place to preserve it and the wildlife that makes its home there. Sitting between the Diablo Range and the Santa Cruz Mountains, Coyote Valley is of vital importance to many animals that use the open space as a corridor to travel between the two mountain ranges.

The Santa Clara Valley Open Space Authority and the Peninsula Open Space Trust (non-profit environmental group) have worked closely together to formulate the plan to preserve not only the valley itself but also an additional 1000 acres to the north over the next 10 years, allowing the animals a safe area to roam freely despite the growing population of Silicon Valley.

This plan is a far cry from that proposed in the 1980’s and 1990’s when Coyote Valley was attracting the interest of tech giants Apple and Cisco Systems, both companies wanting to build huge, sprawling campuses on the farmland and ranches located on the southern edge of San Jose. Today the focus is on preserving the land and preventing businesses from developing it.

The ultimate aim of the plan is to allow the wildlife in the area to live without fear of being pushed out by developers or hit by vehicles, breeding and hunting at will. To do this the plan will require tunnels to be built under highways that will provide safe passage for the animals. The plan also includes restoration of the wetlands to preserve many species that are becoming endangered. This will involve purchasing open space and the right to develop it. The purchase of the necessary land is likely to come with a hefty price tag attached. Recent sales figures indicate that 30 acres of land could cost as much as $6 million.

As recently as 2015 Panattoni Development Company of Newport Beach sought permission to build a huge warehouse facility and distribution center that would have included almost 200 parking spaces and a large number of truck docks, in order to encourage the likes of Amazon to the area. Once news of the proposed construction reached the ears of the local people and environmentalists concerns were raised that the traffic, noise and loss of farm land would negatively impact the area.

Peninsula Open Space Trust president Walter Moore indicated that the purchase of the land by the group would be beneficial to developing a means for the wildlife in the area to cross from one side of the Monterey Highway to the other. Currently dozens of animals are killed attempting to the reach the other side, causing great risk to motorists. A tunnel under the Highway would allow the animals to cross in safety.

Moore also indicated that the land purchase price was fair market value, which gives a clear indication to other landowners in the area that the Trust is prepared to pay a fair price for their land, which is 10 times that which they typically pay to preserve land. The purchase of the land is the first for the organization and shows their commitment to Coyote Valley.

Though the necessary land is likely to cost an estimated $80 million Moore believes that half of that amount will be donated by individuals, a quarter by private foundations and the remaining quarter from public sources.

According to a recent comment by Sam Liccardo, Mayor of San Jose, the development of Coyote Valley is not completely off the table, but that the focus was more on attracting tech companies to North San Jose and downtown. Liccardo also advised that Google was being encouraged to build a new campus in the downtown area of San Jose, for an estimated 20,000 employees. Talks between the city and Google were continuing but no decision had been made as yet.

Though the land sought by the Trust is currently farm land, ranch land and fruit tree orchards the approximately 7,100 acres that make up Coyote Valley was once a mixture of wetlands, streams, oak woodlands and other natural elements. Biologists believe that although there has been some development the main areas of focus can be largely restored to allow the bird life and wild life a vital corridor.

Studies conducted in the area have revealed that wildlife is using it to migrate, and that if development is allowed to occur the ability to move freely between the mountain ranges will be seriously impaired, giving the wildlife no way to escape from fire or flood, and an inability to forage further afield for food. As movement is critical to the survival of many of the larger animals that call Coyote Valley ‘home’ for much of the year the plan to preserve the area will ensure these animals have a better chance of survival. 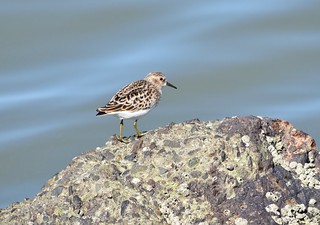